We are CFP | Peacebuilders | Friends

Creating Friendships for Peace, Inc. is a volunteer grassroots organization whose mission is to promote and strengthen friendships between teens from divided communities and extend those friendships to their families and friends.  The friendships are developed through home stays with American families.  Each family hosts two teens – one from each side of a conflict.  The teen pair shares a bedroom and learns about each other, understanding their different perspectives and realizing that friendships can develop despite significant political and cultural differences.  With friendship, an atmosphere is created that allows for mutual respect and understanding – a key ingredient for peace.

In our efforts to maintain neutrality, we do not accept government funding and rely solely on gifts from individuals, charitable foundations and businesses who wish to make a difference for peace in the world.

This summer, a committee of 11 CFP alumni from Cypriot, Israeli and Palestinian communities and 3 American teens created CFP’s very first alumni survey, studied its results and offered specific recommendations to CFP. The purpose of this summer-long effort was to evaluate two strategic opportunities:

The survey was distributed to Cypriot, Israeli and Palestinian alumni through CFP’s newsletter, Facebook page and individual communications by members of the Survey Committee and by American host families.  155 alumni responded to the survey, representing every year of the program.

The alumni respondents indicate that CFP has positively influenced attitudes within their families: As a result of this committee’s efforts, CFP will more actively encourage the expansion of the Alumni Association and the scheduling of regular alumni activities in Cyprus and in Israeli-Palestinian communities.  An Alumni Relations Team is being formed, and CFP’s use of social media will be expanded to facilitate alumni communications and connections.  Anyone wishing to join the Alumni Relations Team should contact Becky Stirn at beckys@friendships4peace.org.

Regarding expanding the role of American teens, alumni respondents expressed sufficient support for this strategic opportunity that it is currently being explored by the CFP Coordinating Team.

For the past four years HasNa, an international peacebuilding organization headquartered in Washington, DC, has selected exceptional peacebuilders to commemorate the UN’s International Day of Peace on September 21st.  This year, Linda Ziglar, the Chairman of Creating Friendships for Peace (CFP), is one of seven peacebuilders (and the only American) to be selected.  Committed to bridging divides, strengthening their communities, and promoting visions of a common future, HasNa’s Peacebuilders are integral parts of the societies they work to improve.

Upon receiving this commendation, Linda accepted the honor on behalf of the entire CFP team, saying,   “CFP’s approach to peacebuilding is successful because it is founded on the strong commitment and cooperation of volunteers in the US and in divided communities.”

CFP shares both a vision and a peacebuilding mission with HasNa and is grateful that HasNa has followed CFP’s efforts and expansion since their initial support and collaboration in the creation of CFP’s Cyprus Friendship Program.
https://hasna.org/hasnas-2020-peacebuilders-of-the-year/linda-ziglar/

“Real change, enduring change, happens one step at a time.”
“Fight for the things that you care about, but do it in a way that will lead others to join you.”
Justice Ruth Bader Ginsburg

Due to Covid-19 restrictions, the CFP Program in Cyprus will be held in Cyprus for the summer of 2020. 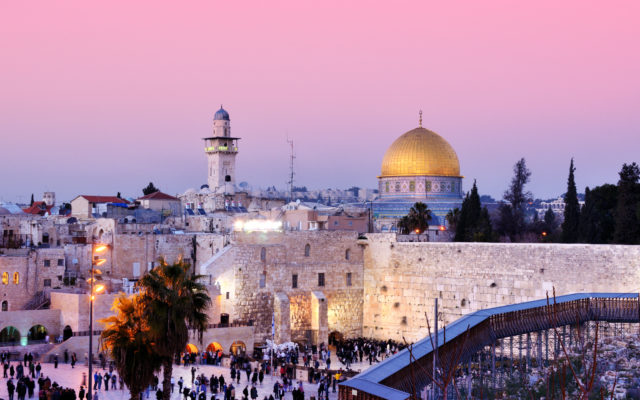 Due to Covid-19 restrictions, the CFP Program in Israel and Palestine will not be held this summer.

“Sometimes you might feel that you are alone in this kind of work. Today, take a look around and realise that you are all part of something much bigger – bound together by a shared commitment to our common humanity. Remember that the sea is just drops of water that have come together. And together you can do extraordinary things.”

“For peacebuilding to succeed it must take root at the community level. Communities working together to find common ground, support and communications. It must move beyond governmental action to individuals and community leaders to succeed long term.”

I would like to be considered as best friends with my pair after this month, and I plan on showing my relationship with him as an example to peers of mine, as a concrete fact that peace is possible and also essential.

My experience with my pair was super meaningful and important for both of us! Finally we got the opportunity to speak without being stopped by people and finally we got to some agreements and we understood each other.