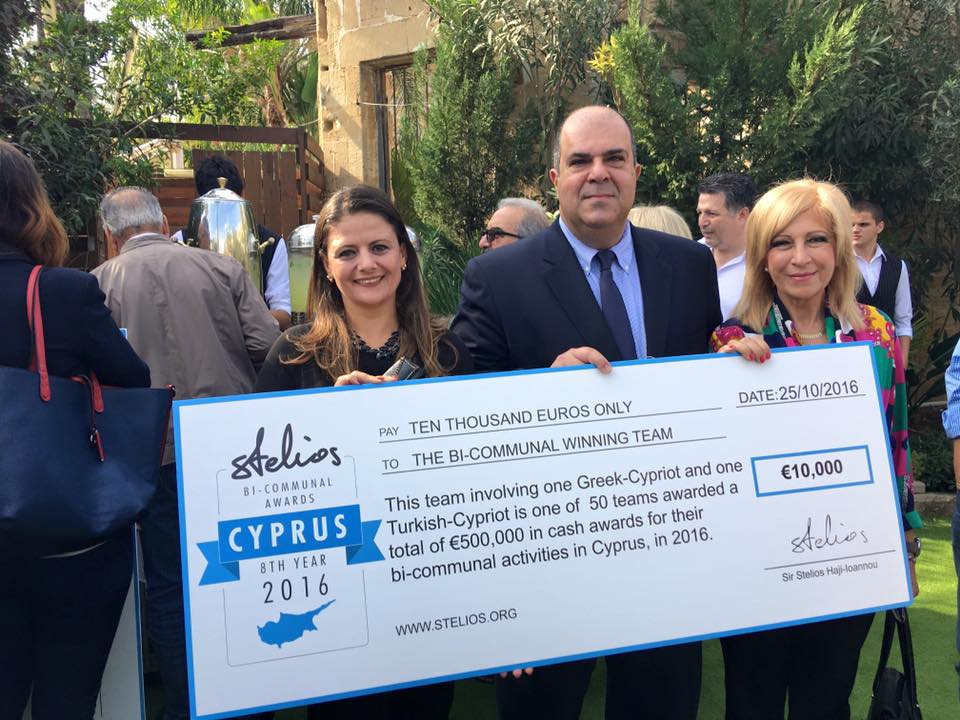 Simge Kahvecioglu is CFP’s Turkish Cypriot Principal Coordinator and has been involved in the Cyprus Friendship Programme since 2010. She has been active in bicommunal organizations since returning to Cyprus after receiving her education. She has been a member of “Cypriot Women in Dialogue” (2004-2008), a coordinator in the Multinational Winpeace Youth camps (2004-2009), and a Board member of the NGO “KAYAD” (Association of Women to Support Life) (2001-2007). In 2016, Simge and Sotia Adamidou, CFP’s Greek Cypriot Principal Coordinator, received a prestigious Stelios Foundation award for their bicommunal work through CFP. That same year, Simge was selected by President Akinci and continues to serve on the Bicommunal Technical Committee on Education, which was established to review existing practices of education in both sides of Cyprus, to undertake new relevant research on how education can contribute to develop a peace culture, to promote contact and co-operation between students, educators and educational organizations from the two communities and to recommend best policy options that will allow co-ordination between the two educational systems. Simge has been teaching mathematics at Turk Maarif College since 2000. She received a BS in Mathematics from the Middle East Technical University in Ankara, Turkey and a MS in Optimasation from the University of Hertfordshire in the United Kingdom. 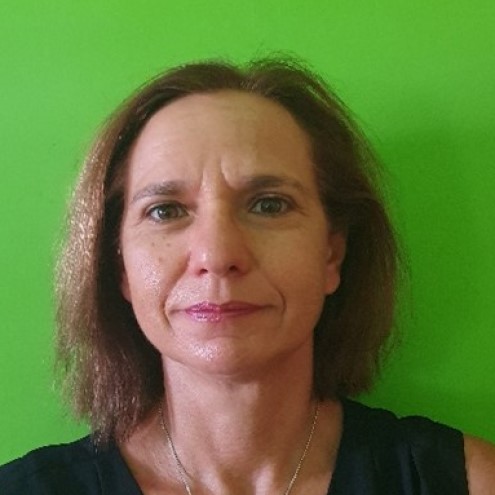 Maria Asvesta is a graduate of University College London and the Institute of Education, (University of London). Her first Degree was in Economics, and this was shortly followed with a Postgraduate Certificate in Education and then a MSc in Environmental Economics. She has been a Teacher for thirty years, teaching Economics, Business Studies and more recently Global Perspectives/ Human Rights Education.

Since moving to Cyprus from the UK in 1989, she has worked as a Teacher in several private and international schools on the island, fulfilling a wide variety of roles including the post of Senior Teacher i/c Intercultural Education at the English School, Nicosia (2009 – 2019). This post was created in 2009 and deemed imperative when the first Turkish-Cypriot students were re-enrolled to the school after thirty years of segregation. During this period, she was tasked with creating policies and practices with the aim of creating a culturally responsive school. This led to further postgraduate studies in Education for Democratic Citizenship / Human Rights Education. She has also been a contributor to a book “Integrated Education in Conflicted Societies (Palgrave Macmillan, 2013), and has a passion for peace education and the promotion of youth engagement and active democratic citizenship. She continues to work as a Teacher at the Senior School in Nicosia, teaching Economics and Business Studies on a part-time basis, hoping to be able to devote more time to peacebuilding through her involvement with the CFP. This is her fourth year as a Coordinator of CFP, a role she thoroughly enjoys! 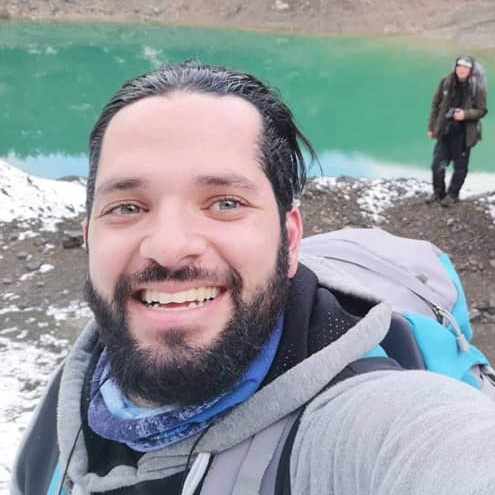 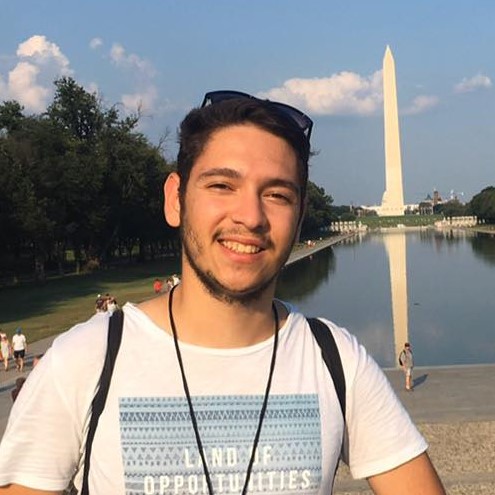 The CFP adventure of Hilmi Arica began in 2016 by participating in CFP’s Agios Nikolaos (Esentepe) camp in Cyprus. In 2017, he participated in CFP’s second year residency program in the Portland, OR/SW Washington area. He has been passionate about bicommunal work in Cyprus ever since. A camp coordinator since 2019, he organized a special World Peace Day event in his hometown of Lefke and involved over 40 CFP alumni in the festivities.

Hilmi currently studies biochemistry and molecular medicine at the University of Nottingham. He is actively involved in some youth works, which are funded by the European Union, to promote peace, democracy and human rights in Cyprus. Recently he was elected as a coordinator of the Bicommunal Network of Cypriot Students in the UK and supports Unite Cyprus Now. 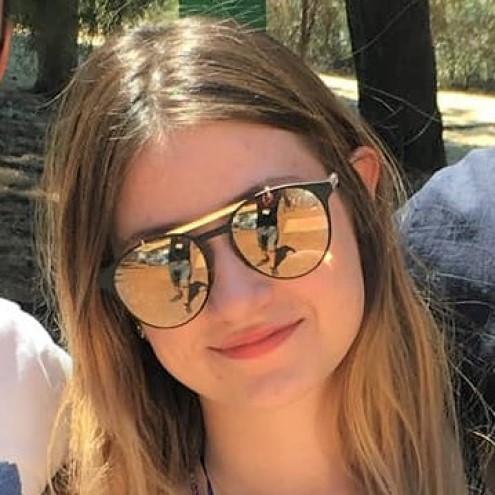 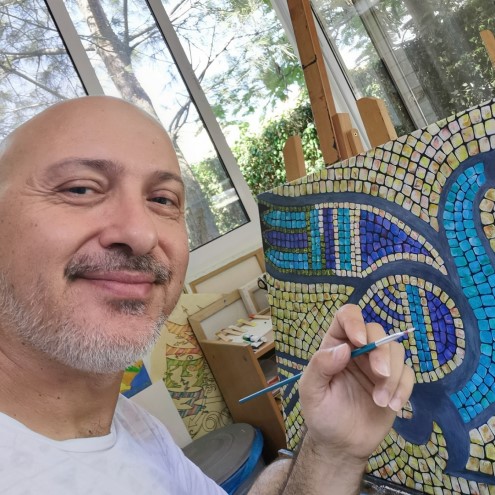 Vangelis Evangelou is a Cypriot-born artist who has dedicated his life to teaching art and creativity among the youth of Cyprus.

After graduating from the American Academy of Larnaca and completing his military service, he was awarded a four-year Fulbright scholarship to the United States, where he studied Film/Animation and Fine Arts at the University of Central Florida, Orlando. It was during his involvement with the Fulbright Commission that Vangelis first came in contact with Turkish Cypriots and, having completed his four years in Florida and a Conflict Resolution course in Boston, Massachusetts, he developed an interest in the unification of the island and the bridging of the two communities. He remained in the USA for four more years, completing his Master’s degree in Art Education and working as a middle-school art teacher in Osceola County, Florida.

In 2000, he returned to his home country, and has since taught studio art and art history at various state and private high-schools and colleges around the island. He also operated a private artists’ workshop for nineteen years, teaching supplemental art programs to children and teenagers while preparing them for entrance to Universities around the U.K.

Vangelis thrives when working with children and teenagers of all backgrounds and levels of artistic development, often feeling more at home when surrounded by them instead of adults. “I get enormous satisfaction watching youthful enthusiasm translate into artistic expression”. He has contributed to many civic art programs in Cyprus, including collaborations with various theater companies to create sets and costumes. He has also illustrated several books, designed and executed murals, art installations and logos for state and privately-run institutions, and has organized art exhibitions to showcase his students’ work. Coming from a musical family, he has played the piano all his life. He loves travel and experiencing other cultures, and is fluent in Greek, English and French, and also can communicate efficiently in Spanish, Italian and Turkish. 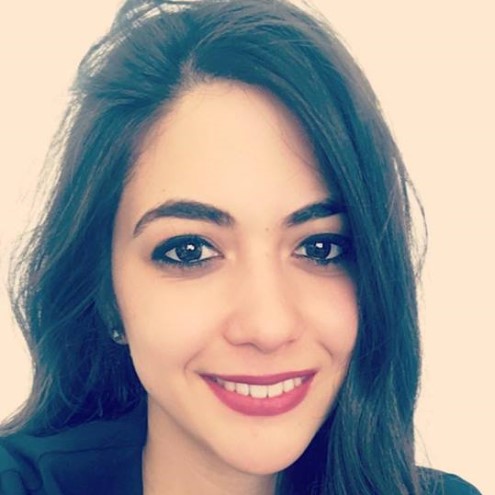 Merve Güralp, who was born and raised in Nicosia-Cyprus, participated as a teen in the Cyprus Friendship Programme in 2011. While in the US, she was hosted in the Portland, Oregon area and her experience created a desire to become more active in promoting bicommunal opportunities for Cypriot teens. She became an active CFP alumna, promoting the program to her friends at school and across the island and participating in a wide variety of bicommunal activites.

She completed her higher education at Queen Mary, the University of London in England, and also in Germany at Johannes Gutenberg Universität. She recently completed her master’s degree in Education at University College London. Since 2017 she is working as a German teacher and Model United Nation (MUN) Advisor at TED Northern Cyprus College. In 2018 she was invited to become a coordinator. 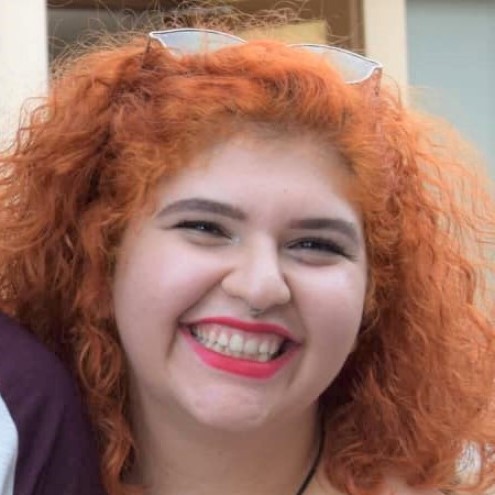 I am one of the Greek Speaking Cypriot Camp Coordinators. I am from Nicosia-Cyprus and I have graduated from the University of Cyprus from the Department of ‘Turkish and Middle Eastern Studies’ in 2018. Since my childhood I always had the curiosity about the North side of my island. Even though during my school years North side was shown to us (Greek speaking Cypriots) as something very far from our community, I still couldn’t accept that and that’s one of the reasons I have chosen to study at that specific Department of the University of Cyprus. During my academic years I had the chance to meet lots of people from the North side of the island, people I am still in touch with. After my graduation, I found out about CFP and I wanted to be part of it for all the above reasons. Since then, I am a Camp Coordinator for camps being held in Cyprus with Greek speaking and Turkish speaking teenagers. This position in the program couldn’t be more ideal for me because according to my personality, spending a whole week with young people trying to make new friendships across the boarders, makes me feel that there is still hope for future peace in our divided island. 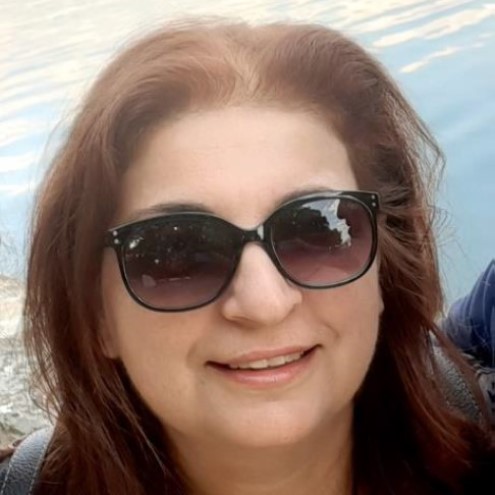 Maria Philippou studied Computer Engineering for 5 years at the University of Patras, Greece. She worked as Network Administrator in several Cyprus and Offshore companies for 8 years. Since 2001 she has been a teacher of IT in Public schools. She loves working with teenagers and taking part in their development. She is married with 3 children 18, 20 and 21 years old.

First time involvement with CFP was 2016 when a student asked for a recommendation letter to enter the program. She has been very committed in “spreading” the program among Cypriot teens since then. In 2018, when her own daughter entered the program as a camper, she decided to work as a volunteer. She supports the Cyprus CFP team in many ways, especially in the use of technology.

At work she likes being involved in projects with Social content, participating in competitions, coordinating programs concerning Internet Safety (Young Coaches) and also member of a Twinning team (Cypriot with French Village). 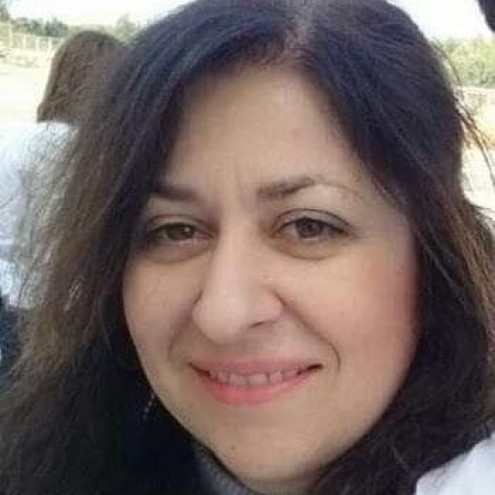 Lambo Rayia has been a teacher of English in schools in Nicosia since 1989. She worked at the American Academy Nicosia private school in the roles of Teacher of Language and Literature, Pastoral Care committee member and Assistant Principal. During this time she organized school drama productions and debating competitions. In 2008 she joined the public school system and continued to be active in organizing extra-curricular activities for students, culminating in the drama production “Across the Barricades”. In recent years she has been involved in Erasmus+ and other European programs such as the Euroscola in Strasbourg.

Her interest in becoming more actively involved in peacebuilding in Cyprus grew as she heard about the Cyprus Friendship Program and began to encourage students to apply whilst acting as their referee. At the same time she began to involve students in the ADHR program ‘Imagine’ and joined a bicommunal platform for Greek and Turkish Cypriot teachers. The life-changing CFP experience of her students as well as of her own daughter, and the desire to spread a culture of peace in public schools, led her to join CFP as a volunteer in 2018. She is passionate about increasing contact between teens of the two communities in Cyprus and promoting peace and understanding, with the hope that what older generations have not been able to achieve, they will.

I was born in Nicosia in North Cyprus. Growing up in the last divided capital of Europe, I had always been curious to meet the people on the “other” side of the divide and I started getting involved in bicommunial activities at the age of 15. My first experience was with a group called Youth Encounters for Peace (YEP) facilitated by teachers who then became the founder coordinators of Cyprus Friendship Programme in 2009. I graduated from Turkish Maarif College in Nicosia in 2001 and continued my higher education with a Fulbright scholarship at the College of William and Mary in Virginia. I graduated in 2005 and with a double major in English and International Relations.

I returned to Cyprus upon graduation and started work as an English teacher. I have worked at several private and state schools since then. In the meantime I have obtained a post graduate diploma from Nottingham University in Applied Lingustics and English Language Teaching. I am often busy with in service and training programs in my field and I also undertake work for the Ministry of Education in benchmarking English Language teaching in North Cyprus with CEFR standards.

However my hopes for peace on the island and interest in conflict resolution have never diminished and I have been a coordinator for the Cyprus Friendship Programme since its founding year 2009. 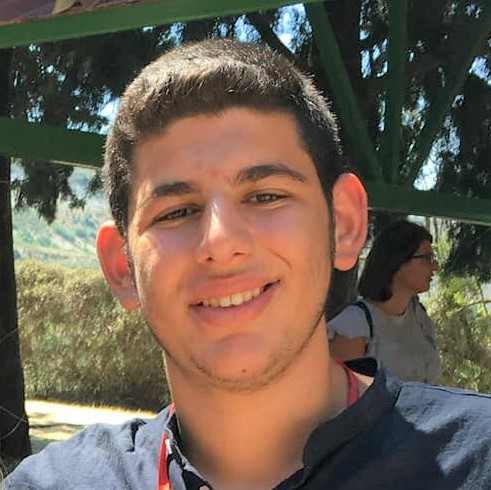