US Board of Directors 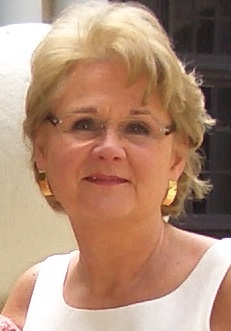 Linda K. Ziglar (Linda) retired in 2011 as Vice President of Finance at the American Frozen Food Institute (“AFFI”), where she also served as the Executive Director of the research arm of AFFI, the American Frozen Food Foundation. Prior to joining AFFI, Linda founded and operated the consulting firm LKL Consultants.  In this capacity she provided a variety of services to a client list that included Fortune 100 companies, non-profit organizations and law firms of all sizes.  Initially, she developed and modified mainframe software applications for the financial and banking industries.  With the advent of the personal computer, the focus of her consulting switched to PC based business applications and systems – designing, installing, and maintaining local and wide area networks for the legal and educational sectors.  She also provided statistical and numerical analysis services for legal defense groups involved in complex class action lawsuits and expert witness testimony with respect to the methodologies used.  In addition, she provided entrepreneurial advice for small technology firms seeking government contracts. Before starting her own business, Linda worked for the Institute for Defense Analysis writing scientific computer programs and analyzing and developing investment and support cost methodologies for the military. Linda graduated summa cum laude from the George Washington University with a degree in mathematics and has served on the boards of many non-profit and community organizations. She and her husband, Jim, have three sons and daughters-in-law and nine grandchildren. 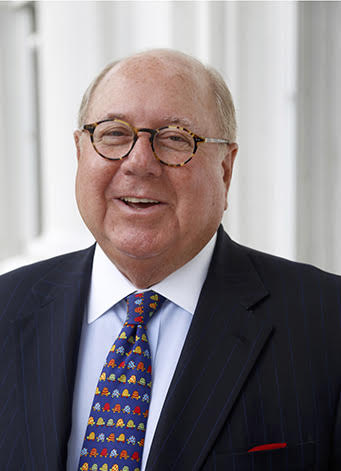 Mr. Belmar serves as Managing Director of Capitol Counsel Group, LLC (CCG), a firm that assists
clients in the energy and financial services sectors to navigate federal regulatory and grant programs.
From 2006 to 2009, he served as Deputy General Counsel for Energy Policy at the US Department of
Energy, where he was a principal legal advisor to the Secretary and senior DOE officials. Prior to that,
Mr. Belmar’s legal career had been spent in private practice in Washington DC, primarily with the law
firm of Fulbright & Jaworski LLP, including 22 years as a partner representing clients in the energy and
financial services sectors on regulatory and legislative matters. He is an honors graduate of Brooklyn
College and Columbia Law School, and he currently serves as a Member of the Town of Palm Beach
Shore Protection Board, a Senior Fellow at the Administrative Conference of the United States, a Senior
Counsel at the Federalist Society for Law and Public Policy Studies, and a Life Member of the American
Law Institute. He resides in Palm Beach, FL. 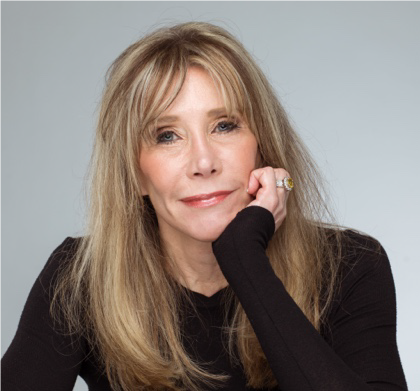 Sharon Moore Bettius has over 35 years of experience providing valuation consulting and opinions, transaction advisory consulting, solvency and fairness opinions, damages analysis, forensic analysis and auditing and accounting services to more than 500 domestic and international clients. She has served as a Senior Managing Director and/or practice leader in three of the world’s largest international accounting or consulting firms in major cities around the U.S., including FTI Consulting, Inc, Arthur Andersen, LP, and Deloitte, LLC. She has served as Chief Financial Officer of private companies in turn-around situations on behalf of private equity investors and was elected to serve as the major voting shareholder on behalf of an international sporting goods manufacturer for purposes its sale negotiations.

As a result of her expertise and reputation, Ms. Moore has provided expert testimony in numerous federal and state courts, U.S. Tax Court, bankruptcy court, international courts of jurisdiction, including the World Court, binding arbitration and mediation. She has performed valuations of the assets, debt, and securities of private and publicly traded companies in numerous industries and consulted regarding the allocation, disposition and strategic deployment of such by management.

As a result of her unique range of experience Ms. Moore developed a preeminent reputation in post-transaction disputes, particularly “bet-the-firm” litigation. These cases in which the amount of damages is either so significant, typically in excess of several hundred million dollars, or involve judicial precedent so pivotal, as to possibly impact the long-term business outlook of an enterprise.

Ms. Moore holds a Masters in Accounting, is a Certified Public Accountant (Inactive Status), is an Accredited Senior Appraiser with the American Society of Appraisers, certified in Financial Forensics, and is a former Diplomate Member of the American College of Forensic Examiners. Ms. Moore served for four years as an International Governor of the International Board of Governors of American Society of Appraisers, the premiere independent international governance and standard-setting body for the valuation industry. Her governance region included the Eastern United States, Europe, and Australia. Ms. Moore has published in both various periodicals and in books published by Commerce Clearing House and McGraw Hill. She has also been a featured speaker and conference organizer in her field throughout her career.

Ms. Moore began her accounting/financial career at Deloitte & Touche in 1982 as a member of the audit staff. She became one of the original practitioners in the firm’s valuation practice at its inception, which began in its Chicago office. She ultimately become the firm’s Southeast U. S. Regional Practice Director, before leaving to form and lead valuation practices in other international firms.

Before returning to graduate school in Accounting in 1980, Ms. Moore spent a year on the legislative affairs staff of the Lieutenant Governor of the State of Alabama. She then spent approximately two years in public relations for the state’s not-for-profit high school for the performing arts. In this role, she was responsible for marketing literature, event promotion, branding concepts and made TV and radio appearances behalf of the school, whose training and reputation still launches its graduates into significant national and international careers in the performing and visual arts.

Ms. Moore dedicates much of her time now to philanthropy. She has participated in lobbying events on behalf of Prevent Blindness, the nation’s leading volunteer eye health and safety organization for several years. She is a member of the Order of St. John, a charitable order of chivalry and active in its Volunteer Corp, focused on aiding and enhancing the quality of life of returning veterans of the US military and devoting her professional experience and expertise to other philanthropic organizations which can benefit from them.

Ambassador (retired) Susan M. Elliott is President & CEO of the National Committee on American Foreign Policy, a position she assumed in August 2018. Ambassador Elliott is an accomplished diplomat with an earned doctorate from Indiana University. During her 27-year diplomatic career, Ambassador Elliott held a variety of leadership positions at the U.S. Department of State.
From 2015 to 2017, Ambassador Elliott served as the Civilian Deputy and Foreign Policy Advisor to the Commander of the United States European Command. Ambassador Elliott was the U.S. Ambassador to Tajikistan from 2012 to 2015. Prior to her Ambassadorial appointment, she served as the Deputy Assistant Secretary of State, Bureau of South and Central Asian Affairs, U.S. Department of State.
Ambassador Elliott served on the faculties of Ball State University in Muncie, Indiana and the University of Virginia in Charlottesville, Virginia before joining the U.S. Department of State in March 1990. During her Foreign Service career, Ambassador Elliott worked in a variety of overseas and Washington-based assignments. Her previous overseas assignments include Minister Counselor for Political Affairs in Moscow, Russia; Principal Officer in Belfast, Northern Ireland; Deputy Economic Counselor and Visa Section Chief in Athens, Greece. Other overseas assignments include Moscow, Russia and Lima, Peru.
Ambassador Elliott worked on the staff of former Secretary of State Condoleezza Rice as a Deputy Executive Secretary and Director of the Executive Secretariat Staff. Earlier in her career she reported on conflicts in the countries of the former Soviet Union when she worked in the Office of the Coordinator for Regional Conflicts in the New Independent States.

Thomas McCarthy has been an Investment and Financial Advisor for 33 years. Prior to that he was a co-founder and Associate Director of a national non-profit organization of youth service programs for 13 years. He has served as a CFP Coordinator for over 25 years, beginning with the Children’s Friendship Project for Northern Ireland, where he also served as Vice-President for two years. A member of many Boards of Directors of non-profit organizations over the years, he currently serves on the Board of “Bikes for the World”, “Project PLASE” (PLASE = People Lacking Adequate Shelter and Employment), and “Project Change” (a youth development and leadership program). An active Rotarian, he is Chairman of the Maryland Rotary endowment for Gallaudet University.